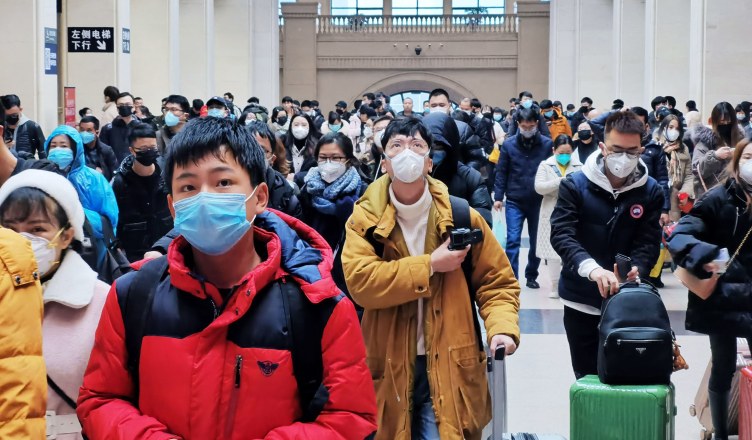 I’m not usually a peddler in conspiracy theories, but China’s slow action and blatent misinformation campaign regarding the Wuhan virus in December and for more than half of January got me wondering about what is really ground zero for the virus.

You can always count on the internet for rumors and theories and one that I think makes the most sense is not transmission from bats to snakes to people. A more likely origin is the Wuhan virology lab itself.

The Washington Times was one of the papers that presented this possibility in late January, 2020. It was also announced that half of Wuhan’s 11 million population had already left the city before the travel ban, which means the virus which can be contagious before symptoms appear, has already spread all over China, even possibly already at 100,000, according to “internet rumors”.

The problem is of course that Wuhan sounds more like a modern day 12 Monkeys than it does a natural spread of a normal virus.

At the start of the outbreak of the Wuhan coronavirus, China tried to control its information channels instead of taking action in the valuable first few weeks of the outbreak. Here is the kicker: why would they have done that? They knew they were responsible. Here you have an aging population and expensive decades of healthcare ahead, so would the Chinese Government be capable of actually releasing this thing upon their own citizens and the world?

What If This Was Not So ‘Novel’ A Coronavirus at All?

There is some degree of probability (possibility) that the Coronavirus may have originated in a lab linked to China’s biowarfare program.

We have to at least consider this possibility, that it was accidentally or deliberately released, as perhaps a population reduction program. Or a tactical move of the U.S. against China’s rising economy and technological supremacy.

So, what do we actually have to go on for this theory? The deadly animal-borne coronavirus spreading globally may have originated in a laboratory in the city of Wuhan linked to China’s covert biological weapons program, said an Israeli biological warfare analyst.

What a coincidence: Radio Free Asia last week rebroadcast a Wuhan television report from 2015 showing China’s most advanced virus research laboratory, known as the Wuhan Institute of Virology. The laboratory is the only declared site in China capable of working with deadly viruses. That hardly seems like just chance, right?

“Certain laboratories in the institute have probably been engaged, in terms of research and development, in Chinese [biological weapons], at least collaterally, yet not as a principal facility of the Chinese BW alignment,” Mr. Shoham told The Washington Times.

Two of the best sources for speculation on the Wuhan Virus are actually Twitter and YouTube. It’s up to us to find, in this age of misinformation, what logical explanation makes the most sense and how “exponential” such a virus might be that can supposedly be contagious BEFORE its symptoms appear. If this is a designed virus, it’s not one that can be contained — it’s one designed to go global.

Work on biological weapons is conducted as part of dual civilian-military research and is “definitely covert,” Shoham said in an email. Mr. Shoham holds a doctorate in medical microbiology. From 1970 to 1991, he was a senior analyst with Israeli military intelligence for biological and chemical warfare in the Middle East and worldwide. He held the rank of lieutenant colonel.

China’s slow action and misinformation can only be explained by it being a planned Government operation. It sounds sinister, of course, and it is just a theory, but not one that I alone speculate upon. Who would be capable of unleashing such a virus upon the world? Nature? We want to blame nature, always. But most acts of genocide and mass-death events are. at least in part, man made.

After weeks of apparent delays in tackling the growing health emergency that first appeared from a Wuhan seafood market, the Chinese authorities suddenly swung into action this week with the draconian lockdown not only of the city of 11 million, but with over 55 million now under a travel ban.

But if 5 million people had already left Wuhan, it’s too little too late. I don’t think China would do that out of negligence, everything is by design. China apparently says it learned something from SARS 13 years ago.

China first denied that there is human to human transmission. Now they are saying it can spread before symptoms even appear. Why the lies, why the misinformation? So the cover-up theory is gaining massive steam on the internet, led by Weibo, Twitter and so forth. China’s health minister Ma Xiaowei made a startling statement Sunday about the Wuhan coronavirus: he said people can spread it before they become symptomatic.

How could China not have known of this all along? Why did it wait many weeks to act? So many unanswered questions and, just as for 911, we’ll likely never know the real answers. If the novel coronavirus spreads before symptoms appear, it’s already infected likely dozens of people all over the world. That’s how mobile Chinese citizens are during the Lunar festival. Coincidence of the timing? Probably not, this is the perfect timing for a staged biological weapon.

China’s own misinformation on the topic points to it being the top suspect of its own “health emergency”. There’s no other rational explanation, I’m afraid.

Ground zero is more likely to be a Chinese lab than random snakes at a food market. The timing and location are just too coincidental. China spent the first crucial days (and weeks) controlling information, not taking action. That’s guilt by cover up.

We live in an era of misinformation. The WHO can be bought off by China, and the U.S. is engineered to have a mostly false mainstream media that’s manipulated. We don’t just live in a world of cybersecurity but one of biological warfare, and we’re probably experiencing that right here. China or the U.S. are equally likely to be responsible for the Wuhan Virus outbreak of 2020, as are natural causes.

The Wuhan National Biosafety Laboratory is about 20 miles from the city centre seafood market, where the coronavirus is thought to have originated. Another glaring coincidence.

Young people care about the environment and this leads to more ESG (environmental social governance) investing decisions. GEVO is really a good example…

Europe’s economy has been among the hardest hit due to economic shutdowns caused by the health crisis. Now is the right time to…

Tribal divides, an outdated electoral college voting in a winner-takes-all system and significant declines in trust in Government and the democratic process have…

Edward Snowden is an interesting character, and his book is doing pretty well. Now it seems there is a Chinese Spy who is…