As the energy sector transforms into green tech-based sustainable technologies, the total addressable market is a multi trillion dollar energy utility market. Forget Tesla, you can see the evidence of how stocks like $PLUG and $HYSR have performed. But part of that is a lie and in this article we’ll explain why that is.

Hydrogen is going to take 25% of all oil demand by 2050, a Bank of America analyst says. Energy companies are rushing to pivot to the future of hydrogen. A number of major energy firms are working on projects connected to “green” or “renewable” hydrogen production.

China and Scandinavia are leaders in the field. Denmark to trial green hydrogen production using offshore wind turbines. Hydrogen can be produced in a number of ways. One way includes using electrolysis, with an electric current splitting water into oxygen and hydrogen.

If the electricity used in the process comes from a renewable source such as wind then it’s termed “green” or “renewable” hydrogen. You can read more about this here.

Meanwhile, a German city is hoping to repurpose an old coal plant to start producing green hydrogen. Four major firms signed a letter of intent Friday to develop a “mega-electrolyser” in the German city of Hamburg that would produce so-called “green” hydrogen.

You can read more about this here. These are just two recent examples of hydrogen and green tech adoption events, there are literally dozens in 2021 and hundreds in the 2020s.

Toyota has not given up on hydrogen cars, even as the world shows EV adoption has hit a tipping point. Fuel cell hybrid cars are appealing for many reasons.

The byproduct of making hydrogen is oxygen, and the byproduct of burning it is water. Hydrogen is among the most plentiful elements on earth, so you don’t have to go to adversarial countries or engage in environmentally destructive extraction to get it.

So what are some of the best Hydrogen stocks on the stock market?

With the Tesla bubble, a lot of EV stocks are grossly overvalued, including $NIO, $XPEV, $NKLA and others. This has now occurred in the Hydrogen space as well. At the Last Futurist we were excited to write about the speculative Sun Hydrogen when it was $0.02, but it should not be worth $0.30 today.

Neither should lithium, nickel or rare metal mining stocks. There’s no way! So do your own due diligence and don’t blindly listen to Reddit or YouTube pump and dumps, that’s not investing or even trading, it’s gambling.

Calling Tesla an energy or AV company is crazy, it’s barely a decent car manufacturer. It won’t have the software integrations of an Apple, Baidu or native technology company. So even with momentum trades, try to be realistic about the multiples you are getting into, the P/E ratio and how long you stay in the stock.

Germany, China and parts of Scandinavia are way ahead in hydrogen and green tech. The chance of U.S. companies being global leaders is not a sure bet. This is a 2050 type solution. Hydrogen is a clean-burning molecule, meaning that it can help to decarbonize a range of sectors that have proved hard to clean up in the past.

But today, 99% of hydrogen is still made using fossil fuels, usually through a pollution-heavy process, just as EV cars aren’t as clean a solution as they are sometimes made out to be.

When you read Sun Hydrogen’s update, you realize how speculative a stock it is. $HYSR has already fallen from $0.30 and it could easily keep falling. It’s incredible to have a liquidity pump in green technology, but you still need to be realistic about companies like $GEVO and company.

Biden’s vision of America’s energy sector is nothing but a dream in 2021, while other countries are many years ahead of us. This point cannot be overstated.

$HYSR is essentially only working with two different companies – one in Colorado and one in Germany – that are fabricating and testing the manufacturability of Gen 2 technology structure at sizes needed for commercial viability. $PLUG or someone else could easily acquire them.

The U.S. Is Years Behind in Green Hydrogen Production

Finally hydrogen tech has a long ways to go, but it’s still going to transform the energy sector eventually. Surely hydrogen is the future of energy. Why else would the European Union, as part of its Green Deal, plan to shovel 470 billion euros ($550 billion) into infrastructure to electrolyze and use the stuff? Why else would China, Japan and South Korea be placing their own huge bets on the gas? The U.S. is vastly behind the rest of the world in EV production, the EV market, not to mention hydrogen at all.

Try to find European, Chinese and German hydrogen related green tech companies to invest in. Putting all of your cards into $PLUG and a few pretenders is not a good strategy. America is not an innovator in cleantech and won’t seriously be for quite some time, in spite of the press that says otherwise.

Canada could eventually be home to a number of large-scale green hydrogen facilities. If hydrogen is going to take 25% of all oil demand by 2050, that’s a huge total addressable market (TAM). To identify the winners you will have to look globally.

Green hydrogen, which is produced using electricity from renewable resources, could be the key to curb our carbon footprint. At the moment, so-called “green hydrogen” is expensive to produce, with the majority of hydrogen production based on fossil fuels. But in the 2020s and 2030s this will change.

As noted by the U.S. Department of Energy, hydrogen “is an energy carrier, not an energy source,” meaning it’s a secondary energy source like electricity. Electrolysis splits water into oxygen and hydrogen, and if the electricity used in the process is from a renewable source — like wind — then it’s termed “green hydrogen.

” According to the Canadian government, hydro is responsible for 59.6% of electricity generation in the country. Look for hydro and wind to generate the future of green hydrogen.

Don’t be so easily led by the hype, look for undervalued companies in the green space that have a high probability of becoming part of the energy revolution that will take decades, not years. According to the International Energy Agency, less than 0.1% of hydrogen today is produced through water electrolysis, but that could soon change.

Eventually green hydrogen will be less expensive to produce and become a bigger player in the total energy market. Covid-19 really signified the changing of the guard from oil to clean energy. Now the world just needs to catch up and it will take a lot of time and new companies to make it happen.

Since 1975, demand for hydrogen has tripled, according to a report published by the International Energy Agency. Demand is about to increase a lot faster than that. China is the largest hydrogen producer in the world. China produces over 20 million tons of hydrogen annually, about one third of the world’s total production.

Most of China’s hydrogen comes from coal, and electrolysis contributed just 3% of the total hydrogen supply. In the 2020s and 2030s China will lead the green hydrogen movement. Therefore it’s best if you join Interactive Brokers to be able to access the future of hydrogen stocks there.

If you are on Robinhood or WeBull and cannot even trade $OTC stocks what are you going to do?

There’s a lot to unpack for the future of Fintech in 2021. Ant Group was not allowed to go IPO. China didn’t even…

Nobody believes me when I tell them Tesla’s first-mover advantage in some segments just won’t stick. With the Chinese Government boosting Nio in…

In a world governed by algorithms and headlines, there is a new kind of misinformation that occurs. It’s sentiment. Lately the stocks of… 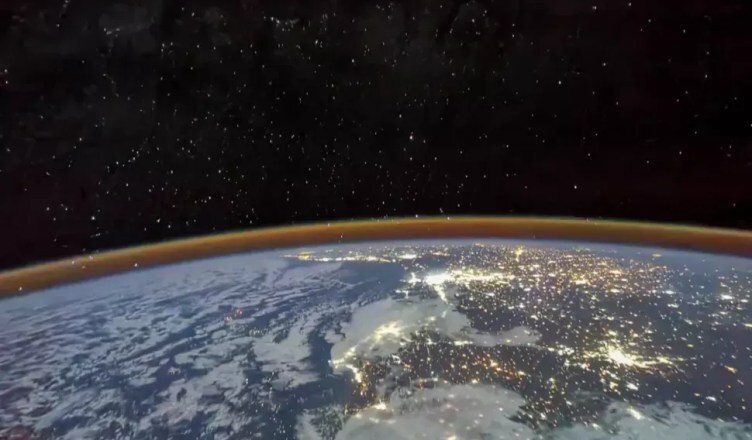 According to data from LinkedIn, Toronto is by far the best place for tech startups in Canada, and likely the hottest market for…