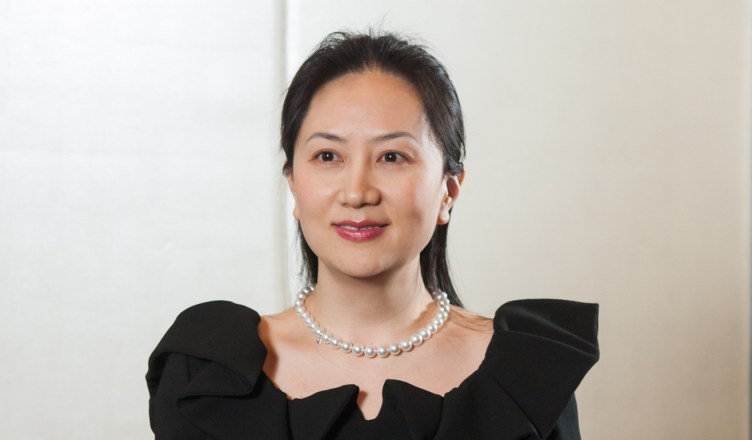 The coronavirus pandemic has accelerated tensions between strategic rivals the United States and rising super-power China. This is in part due to the human rights violation of letting Covid-19 out into the world and due to China’s new hyper aggressive geopolitical, propaganda and multi-national corporation push.

While Alibaba, ByteDance and JD.com become more global with each year, Huawei is still the epi-center of the cybersecurity and AI wars of the 21st century.

With a trade pact falling apart, global economies in shambles and a global state of emergency due to the economic impact of the Pandemic, China is using this as a cue to increase its push for global domination. The United states recently enacted new laws to block global chip supplies to blacklisted telecoms equipment giant Huawei Technologies.

We are in unprecedented times with the race to 5G and the growing data harvesting threat of China’s approach to technological domination. As western investors dump Chinese stocks in America, Chinese multi-national technological companies are only growing in global reach and influence.

Huawei is of course an existential threat to national security, the world order and the supremacy of companies like Apple, Cisco and eventually Google with Android as well.

A new rule, unveiled by the Commerce Department expands U.S. authority to require licenses for sales to Huawei of semiconductors made abroad with U.S. technology, vastly expanding its reach to halt exports to the world’s No. 2 smartphone maker.

While this will benefit Samsung and Apple in the short-term, China is likely to retaliate. Meanwhile the Alibaba owned news site SCMP is increasingly looking like a propaganda machine of the Chinese state.

China’s influence is growing amid the Pandemic, while China is likely ahead in the race for a cure, all the while being the culprit of the economic situation. The US Commerce Department said it would target Huawei’s acquisition of chips made with American software and technology.

This will only mean China will begin to catch up in the chip industry, as it is doing in the Cloud tech sector and the use of artificial intelligence (AI).

It didn’t take long for China’s state-backed funds t0 pump $2.25 billion into a Semiconductor Manufacturing International Corp. The careful crafting of global tech Unicorns like ByteDance, Xiaomi and others appears to sync with the interests of the state seeking global influence. Huawei’s ability to disrupt the future even amid obstacles will be interesting to watch.

The restriction on Huawei comes as Taiwan Semiconductor Manufacturing Company announces its plan to invest US$12 billion to build a chip factory in Arizona. This of course will anger the Chinese State, as Taiwan and Huawei are among its unruliest topics.

These changes will help “cut off Huawei’s efforts to undermine US export controls”. Chinese companies are often seen as black-hat operators when it comes to following U.S. rules and getting ahead with the use of corporate espionage that has a history in China that goes back decades.

China appears to have used the coronavirus to its technological, geopolitical and innovation advantage, seemingly behind its greater adaptability in the economic and public health crisis, despite the Wuhan virus first spreading out of China. This is raising a lot of red flags for global governments in their view towards China. China’s tactics are becoming even more clearly operating outside global rule of law.

China is increasingly encroaching on India, South East Asia, Europe and South America in terms of its business, technological and political influence. Even as the United States has shown a great failure in dealing with the pandemic, China is gaining ground on other fronts. This is occurring at a shocking speed even in 2020.

Beijing opposes the new U.S. rules and will take all necessary measures to defend the rights and interests of Chinese companies. In fact, during the pandemic Beijing has become very aggressive in its international dealings with nearly all other countries.

This is a very poor sign for global stability. It shows the likelihood that China used the pandemic strategically to gain influence and hurt its strategic economic and technological rivals, while hurting the global economy in the process. China’s internal brainwashing of patriotism is reminiscent of many failed empires of the past.

The Commerce Department’s rule, effective Friday but with a 120-day grace period, also hits Taiwan Semiconductor Manufacturing Co Ltd, the biggest contract chip maker and key Huawei supplier. This also puts Taiwan in grave danger from China during the 2020s. It increases the chances of a hostile take-over of that region, that claims sovereignty from China but which the WHO blocks.

From a human rights and global leadership perspective, China is not a benevolent entity. It does not care about world ethics or human rights as most in the world understand them. Huawei has and continues to use US software and technology to design semiconductors by commissioning their production in overseas foundries using US equipment.

As in the onset of the pandemic, China does not play by the rules or in a manner that fosters its reputation as a global leader. It harvests data without sharing transparent data. It fosters a dystopian form of AI such as the world’s leading facial recognition companies that are used more for harm than they are for good. China wants to win at all costs. In times of economic discord and geopolitical risk, China is becoming a serious danger for humanity.

The world is scared. Not just of the pandemic but of what China is becoming. China is using the global economic reset to have a bigger market share in the future of technology, retail, economics and politics. China will certainly place U.S. companies on an “unreliable entity list” as part of its countermeasures.

China will retaliate when they gain more political, military and technological power. They are not benevolent dictators. They suppress and imprison critics. They could become the Nazis of the 21st century armed with AI.

In world ravished by a coronavirus made in China, China is full of threats. China has threatened to retaliate against US tech firms. Companies such as Apple, Starbucks and dozens of others could be impacted. China will not fulfill the trade deal conditions. It will continue its black-hat approach to corporate espionage, cybersecurity hacking, intimidation and building multi-national corporations more powerful than the Apple, Google and Amazons of our time.

China, by the 2030s, will be unstoppable and we’ll all pay the price for that.

In the decades ahead AI will help us invent things and find patents that previously would not have been possible. We’re already starting…

So what is the glue that holds the billionaires together during the uncertainty of the pandemic? It’s $Trillions of liquidity from the Fed….

At the Last Futurist, we’ve always been bullish on China’s ability to become a technological superpower. As it becomes more dominant economically, that…

While artificial intelligence has been a massive failure in helping the world to cope with the pandemic, it’s not all bad news. We’ve…

When we think of how Covid-19’s second wave is occurring in the United States, due to widespread health system failures, the U.S. will…