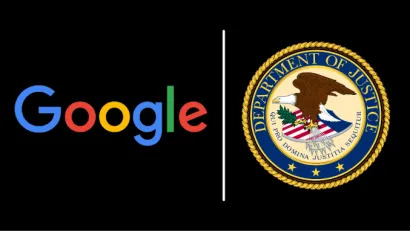 The way we perceive Google has changed in recent years as its internal culture has deteriorated. There’s no doubt Google cheated by its search monopoly favoring its own products on android and otherwise. It would seem the Department of Justice (DOJ) agrees.

The U.S. Justice Department and a group of state Attorneys General are likely to file lawsuits against Alphabet’s Google in coming months, as first reported on the WSJ.

Unlike the EU fines, I think this means Alphabet will be broken up. Waymo One and YouTube need to be separate companies to be held accountable. Google’s future as an advertising giant will make way for its age of artificial intelligence. This as Amazon and ByteDance grow in leaps and bounds in advertising, displacing the duopoly of Google and Facebook in that area.

The DOJ is aiming to file a case as soon as June or July, 2020. The litigation needs to occur while Trump is still in power because if a democratic candidates gets in Google’s lobbyists win. Antitrust investigations need to occur for American innovation to work in the future to compete with China. Google and Facebook are at the top of that list.

Even if some states bring a suit against Google related to its ad business, it’s possible others could choose to pursue separate cases following different legal theories. It’s not exactly clear how serious this could be for Alphabet, but I think they will need to break up the company for ethical and transparent leadership to occur here. Google has become like Huawei, a sly company with only domination up its sleeve.

Google might be one of the American leadership in artificial intelligence and will contribute to the future of healthcare in a big way, but it needs to abide by the law. Google has a long history of being fined by regulators in the EU and the U.S. has been slacking due to the millions Silicon Valley spends in lobbying.

But a corrupt tech sector means these companies scoop up the talent without really innovating. With Ad revenue like Google and Facebook enjoy, the incentive for real innovation to occur is rather limited.

The DOJ’s probe has focused on Google’s ad business, but also more broadly on allegations that it has used its dominance in the search market to squash competitors. Google has used its search lead in ways that have been very dubious, with an ethics track record employees there can be ashamed of.

We need to stand up for ethical tech for the future of work. It’s great that at Twitter, Google and Facebook they can work from home, but that’s a privilege.

We can punish Huawei for its ethical failures, but not Google? What’s not a recipe for making America great again? Alphabet needs to be held accountable for its abuses of its power. Google previously faced a federal investigation by the Federal Trade Commission regarding its search business.

The FTC closed that case in 2013, unanimously opting not to bring a lawsuit, though a report later inadvertently sent to the Journal revealed staff had recommended pursuing a case.

Google and Facebook have exploited us and our data for too long, using their monopoly status in nefarious ways, and now we all know it in 2020. The only solution? Separate the assets of Google into legit entities that can be held accountable. This means Azure, AWS and Google Cloud all need to be separate companies too. Facebook, Instagram and WhatsApp also separate. It’s the only way.

Trials of the New World Disorder You got to admire the elites. According to the World Economic Forum’s Global Risks Report, sustainability is…

A Green Swan event is a major climate risk on the global financial system. No single country or power can solve the problem…

This is not going to be an article or Op Ed about Michael Jordan. Since 2009 we’ve been in the longest bull market…

At the Last Futurist we recognize with the liquidity and low-interest rates of the markets, there are many stock markets. Now there are…

At the rate Covid-19 is mutating, there’s a pretty good chance that it won’t just negate 1st gen vaccines, but our immune response…