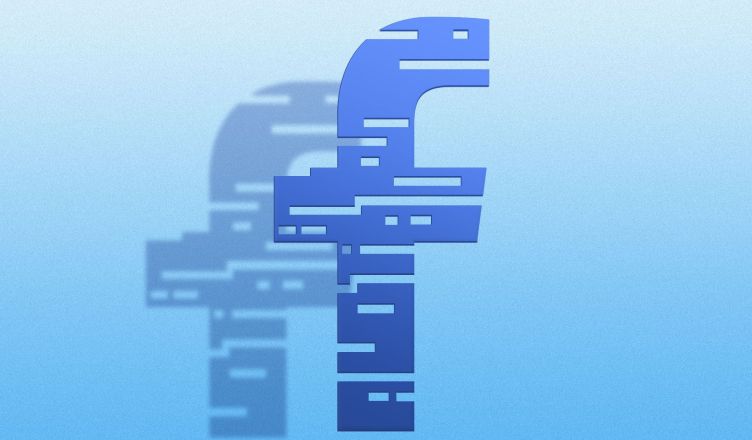 Facebook’s flight into the metaverse is an escape from certain doom, since young people are more attracted by TikTok and other apps than Facebook’s archaic and toxic platforms.

It’s been going on for years, the world’s largest social network is internally grappling with an existential crisis: an aging user base. At the current rate, ByteDance will swallow up Facebook’s momentum by 2025. This includes some of its advertising revenue and integration with E-commerce, social commerce and even its race to the metaverse.

According to LinkedIn, a group of 17 U.S. news outlets has compiled “The Facebook Papers,” which are stories based on Facebook whistleblower Frances Haugen’s “trove” of internal company documents. The findings reveal a host of challenges at the social network, including the “company’s anguish over its failure to attract teens.”

Facebook is an older platform, filled with the misinformation of a digitally illiterate population. Even those pesky Millennials are getting older. GenZ wants no part in it, as TikTok, Snapchat and Bilibili are where young global citizens hang out for instance.

Reports based on leaked whistleblower documents from Facebook so far draw 3 big conclusions about the platform:

1️⃣ It’s struggling to police information abroad.
2️⃣ It’s grappling with an aging user base.
3️⃣ It struggles to police content that leads to radicalization and mental health issues.

Facebook’s advertising no longer drives as much ROI with Apple’s privacy changes. Facebook is overly reliant on other platforms, so it’s creating desperately to invest in the Metaverse, some hypothetic platform it can own in virtual reality.

The truth is Instagram has lost all of its momentum to TikTok and shows American tech may be in serious trouble in the years ahead. How long before China catches up in AI, Cloud computing and FinTech? It’s only a matter of time before China catches America in biotech, health tech and Ed tech as well.

Who would choose Facebook as it’s such a toxic suite of apps and platform? The “aging up issue is real,” the researcher wrote in an internal memo. They predicted that, if “increasingly fewer teens are choosing Facebook as they grow older,” the company would face a more “severe” decline in young users than it already projected.

What is the Price of Putting Profits over People?

Facebook’s damage to our mental health cannot even be calculated, not to mention its damage to American democracy and how other countries weaponize social media against us. Reports based on leaked whistleblower documents from Facebook, known as the Facebook Papers, appeared in a broad range of news outlets Monday, shedding light on what the company knew about harms caused on its platform and how it handled that information.

They also show Facebook did little to moderate posts in some of the world’s most dangerous conflict zones. It has repeatedly failed to protect its users, combat hate speech targeting minority groups and hire enough local staff to calm religious sectarianism.

Facebook could actually go extinct and fail as a company in the 2020s, I predict. This is because of the demographic switch to newer companies with better products who understand and don’t damage them. Facebook’s inability to innovate and its focus on Ads is compulsive and ignorant. Mark Zuckerberg also doesn’t live in the same reality as the rest of us.

Ads attacking women and the LGBTQ community were rarely flagged for removal in the Middle East. In a related survey, Egyptian users told the company they were scared of posting political views on the platform out of fear of being arrested or attacked online.

Facebook’s Ad cash cow will be disrupted sooner than we might expect and most likely by ByteDance. A report from The Verge suggests that Facebook is struggling to attract users under the age of 30, particularly in the U.S. Guess where they hang out? TikTok.

Nobody I know posts on Facebook as much as they did ten, five or even two years ago. Bloomberg reports that U.S. young adults were also spending 5% less time on Facebook and that users across all age groups are posting less. Young people are the dynamic content creators. Without them, your platform goes stale (like we have seen with LinkedIn for example).

The New York Times writes that while Facebook discussed hiding its popular “Like” button to alleviate pressure on users, it ultimately decided not to do so in an effort to preserve user engagement.

Facebook has repeatedly put profits over the well being of its users, people and even national security. It’s just a marvel of American capitalism they haven’t been regulated properly after all these years.

“The truth is we’ve invested $13 billion and have over 40,000 people to do one job: keep people safe on Facebook,” the spokesperson added. Facebook can spend $7 Billion a year and still fail to build the Metaverse. They fail consistently with apps or hardware, why would their VR not fail too? There is just a real lack of vision at Facebook. The Metaverse gimmick is like a Moonshot bet that shows Zuckerberg’s immaturity as a product leader.

According to Axios, while the individual revelations are damning, collectively the reports paint a picture of Facebook as a brutish corporate actor that prioritizes its business over safety. Facebook is the place we love to throw shade on but still use because there’s no other alternative.

When American monopolies get disrupted, that’s why it’s most likely to be from China. The American internet has gotten stale. The Chinese internet is way more dynamic.

The internal reports, some of which haven’t previously been reported, show:
– Fewer teens are signing up.
– Many new teen accounts are duplicates, rather than unique new users.
– Users across age groups are creating fewer posts.

Of course we’ve long suspected this. Again for Ads for SMBs there are limited options out there. While Facebook has repeatedly denied these claims, it’s harder to do so when dozens of reports are published simultaneously based on its own leaked internal research. Why doesn’t the Government get a handle on this company and split them apart and hold them accountable?

The internal documents are part of disclosures made to the Securities and Exchange Commission and provided to Congress in redacted form by legal counsel for Frances Haugen, an ex-Facebook employee turned prominent whistleblower. More people are likely to come forward who have worked at Facebook and the toxic environment there.

The report was compiled by group of researchers inside Facebook for one of the company’s most powerful executives, Chief Product Officer Chris Cox, in March. The paper included a series of charts and data highlighting a troubling trend that seemed to be accelerating: Facebook was losing popularity with teens and young adults. TikTok is destroying Facebook’s hold on the world and it’s likely a permanent trend.

A consortium of news organizations, including The Verge, has obtained the redacted versions received by Congress. Some documents served as the basis for earlier reporting in The Wall Street Journal. Facebook’s struggle to attract users under the age of 30 has been ongoing for years, dating back to as early as 2012. This means Facebook’s demographics are making Facebook desperate for a new platform – the Metaverse. VR is Facebook’s last ditch attempt to save its waning platform.

All this is unfolding as Mark Zuckerberg tries to transform Facebook from a social network into the prime mover behind a new “metaverse” of VR- and AR-driven remote work and play. The problem is nobody cares about what Google and Facebook do since they aren’t really innovative companies in the 2020s.

They are just monopolies that got greedy and lazy. Silicon Valley profiteers got a bit long in the tooth and misunderstand what young people are really about. Mark is just like a Saudi oil (digital tobacco actually) iycoon who has absolutely no idea about the future of digital, basically because he won’t actually be a part of it.

Facebook is hardly worth writing about any longer, as its various ills and profit over well-being issues are so well known and verified. Facebook actually missed on revenue in its recent earnings report. When is the last time that occurred? This is not a popular stock. Between looming regulation and young people leaving its profit driven platform, what future does it really have?

Mark thinks the Metaverse can save it, but in reality nothing can save Facebook. Amazon and ByteDance will become major advertising players and disrupt in the 2020s. Despite detailed research, employees at Facebook don’t fully understand why these trends are happening or why product changes have failed to reverse them. But it’s ultimately a failure of leadership. We predict in a decade Facebook as we know it won’t exist.

If TikTok is the new Facebook for a younger generation, there’s also increasing evidence they understand how to grow their social commerce revenue….

No, this won’t be a threat to TikTok. But “Byte” is a relaunch of the once popular micro video app called Vine. It’s…

With Kevin Mayer quitting as CEO of TikTok, it’s clear a deal is about to be announced. It’s Microsoft vs. Oracle bids and…

Let’s Talk about the Future of LinkedIn Have you been getting less value from LinkedIn recently? Users are just ARPU in the big…

At the Last Futurist, we were always very bullish on Spotify’s product embrace of the podcast. Now it seems there is a Clubhouse…