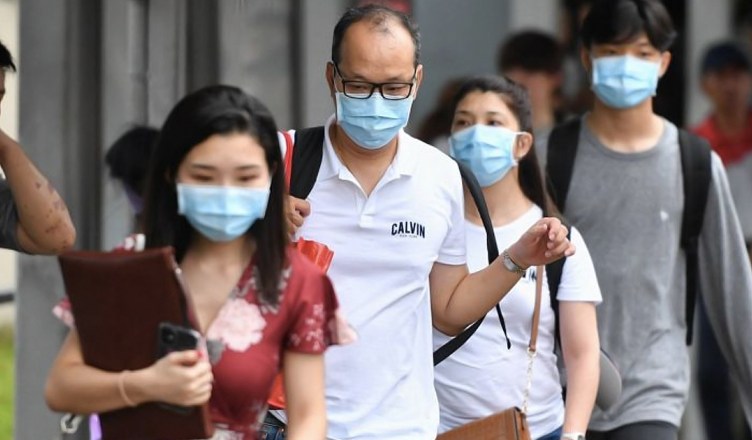 The coronavirus does have a mortality rate of around 2% (mostly compromised immune systems) and a spread rate of between 2-3 per case.

It can spread before or even when cases show no symptoms, and these super-spreaders can become a worry as they can infect many others.

Scientists have published over 50 studies on the Wuhan coronavirus in the last 3 weeks. They learned that 75,800 people in Wuhan could be infected. That according to many researchers is likely closer to the real number of infected cases, many times more than the 12,000 cases China and the WHO are putting out.

Meanwhile the economic impact for China of the coronavirus appears to be really significant, especially if it keeps spreading into major population centers outside of the Wuhan epicenter.

These are early days. The novel virus has killed more than 259 people and infected at least 12,000. However some countries near China and some global cities could be really vulnerable to such an outbreak.

Scientists are racing to learn more about this new coronavirus that has swept through China and spread across the globe. The impact is all the greater as it coincides with what was already a slowing Chinese economy.

How novel is the Wuhan virus? The new virus is the seventh known member of the coronavirus family, which also includes the viruses that cause the common cold and pneumonia. The current mortality rate is just 2.2% suggesting it’s far less dangerous and a bit more contagious than most of its relatives.

Knowing how many people the average patient infects ⁠— a number called the “R-nought” ⁠— is crucial to understanding how a virus spreads. An often cited study, published Friday in medical journal The Lancet, estimated that infected people would pass the virus to two to three others, on average, meaning the infected population would double every 6.4 days.

Bangkok Thailand could be very vulnerable as well as Japan. Indeed they both show more cases than surrounding areas.

With human-to-human transmission occurring outside of China, other outbreaks outside of China are now possible. After Bangkok, a scientific analysis identified Hong Kong, Taipei, Sydney, New York, and London as other high-risk cities. Travel bans and quarantines aside, those won’t necessarily stop the spread of this novel virus.

Australian researchers grew the virus in a lab outside China for the first time. It could help identify the antibodies humans produce before they show symptoms.

The impact on the global economy will be far more significant than during the SARS pandemic of 2003, which is estimated to have provoked a global economic loss of $40 billion and a hit of 0.1% on global GDP. China could show a serious impact in the first half of 2019 due to the quasi-pandemic.

Today, just a few weeks into the novel virus spread, more than half of China extends shutdown over the virus! Tourism markets will take an outsized hit, as about 163 million Chinese tourists in 2018 accounted for nearly a third of travel retail sales worldwide. But it’s really across the board.

Chinese President Xi Jinping said last week that the virus was spreading quickly and posed a “grave threat,” and the World Health Organization declared a public-health emergency on Thursday. However the panic and economic impact could be the major problems. From a medical standpoint this is still a relatively minor global threat.

It’s the fear of the virus that causes the most damage to the mental health of society, the stock market and social unrest as the virus spreads and especially if it spreads in an uncontrollable manner. We know we’re due for a big pandemic, we just don’t know if this is the one yet. Around 20% of cases become serious and of those around 10% die. That’s not a terribly dangerous potential pandemic by any means.

With India administering its home-made Covaxin over blot-clotting controversy surrounding AstraZenica, $OCGN has a path to profitability in the U.S. as well. India’s…

In the mad rush to $OCGN with a potential readily available Covid-19 vaccine, there’s a lot of potential Covid-19 stories that flow beneath…

The star swiss micro cap pharma company is becoming a decent bet in the middle of a bear market for penny stocks. Micro…

More countries including the Nation of Georgia have issued an Emergency Use Authorization (EUA) for intravenous aviptadil for the treatment of critical COVID-19….

It was never an impressive sample size, wouldn’t a company the size of NRx Pharmaceuticals, Inc. $NRXP know better? Something doesn’t add up…

Ticker $RLFTF and RLF.SW in Europe. With exponential cases of the Kent variant likely to increase, Covid-19 treatments that reduce mortality will be…