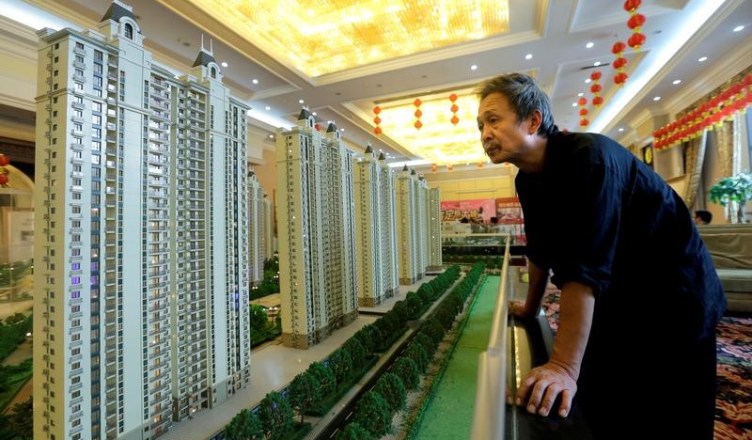 To say that the Fed supported the economy when it crashed in March, 2020 is an understatement. Now we have evictions, increased wealth inequality and oh yeah, significant inflation. Central banks all around the world sadly followed the Fed, and we could be looking at a widespread systemic housing bubble crash in 2022 or 2023.

Evergrande a Chinese real-estate firm is a case in point. The Evergrande Group or the Evergrande Real Estate Group is China’s second-largest property developer by sales, making it the 122nd largest group in the world by revenue, according to the 2021 Fortune Global 500 List.

As its cash buffer wanes, Evergrande has been offering real estate projects to offset payables to suppliers and contractors. Known in China as commercial bills, these short-term IOUs have become an important financing means for Evergrande, even though they aren’t technically classified as debt. This is not responsible fiscal or monetary management, folks.

Bloomerberg has reported that an investor exodus from China Evergrande Group deepened after its bond and stock ratings were cut further, pushing the developer’s shares down toward the 2009 initial public offering price. But for inflated real-estate markets, what happens when the camel’s back churns?

Evergrande and China’s central bank did not immediately respond to requests for comment. The company is based in Guangdong, and is the county’s second largest developer, with a massive nationwide presence. China made the real-estate market its defacto investing sphere for its rat race, and it could come at a grave cost.

Moody’s Investors Service downgraded Evergrande’s credit rating by three notches to Ca, which implies it is “likely in or very near default.” What do you honestly expect to happen in such a scenario? A world where Canada’s housing bubble hasn’t corrected in over 20 years.

Housing markets and an affordability crisis is the Fed’s worst nightmare when it comes to inflation woes. Yet they are not putting their foot off the gas. The global economy is interconnected, what happens to Evergrande could cascade elsewhere.

I sound like a Mr. Doom, but I’m surprised so few analysts, journalists and pundits are talking about it. Where are the economists and the Banks? The move by Fitch came a day after Moody’s Investors Service cut Evergrande’s credit rating by three notches to Ca, which implies it is “likely in or very near default.

” The conglomerate’s liquidity and default risk is “heightened,” Moody’s said in its third downgrade of the real estate giant since June. Third downgrade since June? It’s close to happening.

Central banks did QE expecting the pandemic to be a brief 1 or 2 year event. That’s not how pandemics work though if the Fed had consulted with the WHO or actual experts in the field who had knowledge of what Delta would become. Vaccination rates globally have been poor, as mutations have been always one step ahead. That’s not likely to change in 2022.

China can conduct a shadow banking economy, but eventually the buck will catch up to their debt and corporate debt levels. With more than $300 billion of liabilities, Evergrande may roil lenders, suppliers, small businesses and millions of homebuyers should it collapse. Chinese authorities have kept quiet about their plans for the company so far, aside from urging it to resolve its debt risks.

A global housing bubble burst is now 20% possible in the next three years. I understand that doesn’t seem like high chances, but it’s quite serious for the global economy.

Evergrande itself last week warned of default risks if its efforts to raise cash fall short. Its cash coverage to short-term borrowings worsened in the first half to 36% from 47% from six months earlier, according to Bloomberg calculations based on an earnings statement.

Evergrande said in its first-half earnings that some property development payables were overdue, leading to the suspension of work on some projects. The company is negotiating with suppliers and contractors to resume work. China fed too many fat cats in its real-estate investment obsession and it created too much risk. Common prosperity eh?

Evergrande has been scrambling to raise funds it needs to pay its many lenders and suppliers, with regulators and financial markets worried that any crisis could ripple through China’s banking system. Evergrande has paid 235 million yuan worth of overdue commercial bills, of which 94% were in the form of unfinished properties, according to the filing. In China common prosperity feels like being paid in unfinished properties? Heck, that’s worse that being paid in crypto!

Fitch Ratings cut Evergrande to CC, saying a default seems probable as the company struggles to address its worsening liquidity issues. Fitch and Moody aren’t exactly conspiracy theories guys, but news on a housing crash seems to be nearly silent. Negative or alarmist articles seem to be shadow-banned and scrubbed on the Western internet, as if they were misinformation. But the risk here is real.

Inflation could easily topping housing market and real-estate bubbles, not to mention Bitcoin, the stock market, commodities and even Gold. Let’s not fool ourselves, our systems are not invulnerable. The Fed gets things wrong about as often as they get things right, historically speaking. Unlimited QE is not always the best answer. Canada’s GDP actually declined recently, China has significant bottlenecks now in its supply-chain. The chip shortage will continue. It’s all related.

The clock is ticking on Evergrande’s debt is a symbol or microcosm of the world’s financial system. Climate change is showing young people what really matters, and wealth inequality will be as major an issue for the Alpha cohort as Climate change is to GenZ. But America and China are failing in wealth equality in a major way during the pandemic.

Evergrande will have to rely on asset sales or investments from potential investors to generate funds for debt servicing, but who would touch the stock now? A lot of Chinese real-estate projects are going to go unfinished for a while.

Those ghost cities are filling up, but common prosperity in China is a ridiculous dream to sell the people. The very thing they most live for, investing in real-estate (that doesn’t even belong to them in the long-run) is likely going to prove to be fool’s gold.

Unlimited QE during a pandemic that is persistent was a terrible idea and we are all going to likely pay the price. China has its own struggles to deal with that are somewhat more complex than even American wealth inequality that’s accelerating faster than he stock market is being artificially inflated by morbidly low rates. All of this fiscal and monetary manipulation, can only have one conclusion. If the pandemic is persistent, why wouldn’t inflation be?

Central banks and Governments are lying to their people at scale, but a reckoning is likely on the way. Even economists and Banks are not making proper warning calls, and that in itself is scary. China is a shadow banking state also because its Government needs those absurdly high real-estate prices as their cash cow.

This introductory video explains it pretty clearly. This suggests China’s debt problem is not really sustainable in any long-term sense and it will ultimately be unable to regulate its real-estate prices.

Evergrande’s debt crisis displays how the Government, labor market and banking system are all in bed together. Being too big to fail and growing too fast ultimately can lead to systemic collapse. China’s impact on global GPD is also likely vastly underestimated.

In early 2021 there are a lot of companies touting their horn about being so-called leaders in the advent of the EV Bus….

Bakkt’s SPAC is under ticker $VIH. With Coinbase’s IPO in April 2021, Bitcoin has a bright short-term future from a baseline of $50,000….

The total addressable market for self-driving cars will be enormous and there are far fewer LiDAR companies than there are EV startups. Conclusion?…

Vaccine stocks, EV stocks, E-commerce stocks, 2020 sure saw its share of wild stock stories. So given this light how do we evaluate…

I’m not afraid to say it, Phexxi rocks. Phexxi is a new non-hormonal birth control method. It is a prescription vaginal gel that…

ZYESAMI™ (aviptadil, previously RLF-100™) is being considered for treatment of Respiratory Failure in critically ill patients with Covid-19. Zyesami is a synthetic form…