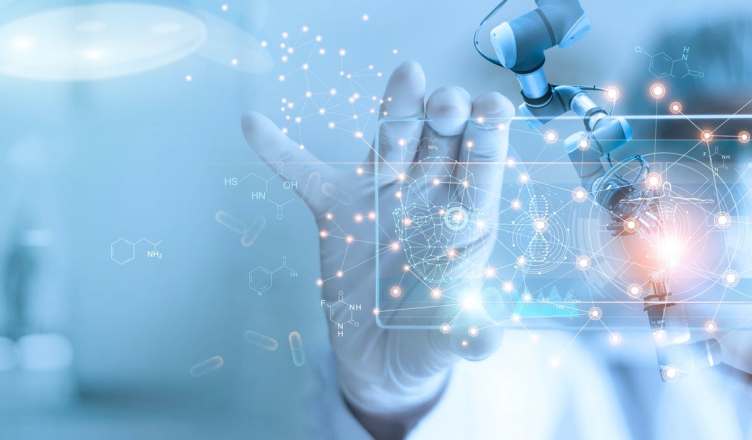 What does a human-AI workforce look like and at what point does AI truly automate jobs in healthcare? Recent advances in artificial intelligence have led to speculation that AI might one day replace human radiologists.

Researchers have developed deep learning neural networks that can identify pathologies in radiological images such as bone fractures and potentially cancerous lesions, in some cases more reliably than an average radiologist.

At first of course this is a boon for Doctors, meaning they have less work to interpret the scans. According to the World Economic Forum, the number of radiologists has been growing in the double digits for decades, and radiology is predicted to be among the fastest growing fields of the next decade.

Some countries are even facing a radiologist shortage. Yet, how can we be so sure that AI won’t eventually disrupt radiologists and other medical workers and healthcare workers?

Everything from an ECG to a Radiology scan will be read better by AI than humans, so why not performed and implemented easier as well? Humans have shown they prefer neutral AI customer service to human beings across a range of industries, so why not healthcare too as well? After all, AI and technology needs to bring the costs of healthcare down.

AI will reshape how radiologists work, shifting their detection of medical conditions from an active to a proactive approach. That’s the AI-human hybrid workforce set in motion, but that period is not likely to last indefinitely. This is the same course of many so called white collar professions from medicine, to law to even the future of Governance.

Here’s what we know. Deep learning is rapidly advancing, and it’s a much better technology than previous approaches to medical image analysis. This probably does portend a future in which AI plays an important role in radiology.

It’s not crazy to say that AI will be the first step in automating much of how healthcare is done today, that’s inefficient, not patient-centric and not personalized enough.

One of the greater misconceptions about radiologists is that they essentially just analyze images. Such simplified assessments, “dramatically oversimplify what radiologists do,” according to Curtis P. Langlotz, MD, PhD, department of radiology at Stanford University.

That can be said for a range of medical professionals, but that doesn’t mean they will be immune from technological disruption.

Some medical students have reportedly decided not to specialize in radiology because they fear the job will cease to exist. As Langlotz points out, a comprehensive catalog of radiology diagnoses lists nearly 20,000 terms for disorders and imaging observations and over 50,000 causal relations.

Algorithms that can help diagnose common conditions are a “major step forward,” he notes, but an experienced radiologist is looking for numerous conditions all at once. The AI still has quite a ways to go to replace what a Radiologist today in 2021, actually does.

The Advent of the Smart Clinic and Smart Hospital is Inevitable

While AI pushes the boundaries in many fields, and also in military technology, where it matters most in education, healthcare and global climate change it seems to be lagging badly behind. While AI is the lifeblood of digital advertising, cloud computing and a warped attention economy, where it could most help people it’s not performing very well.

The tasks a radiologist performs on a regular basis far outweigh the capacity of our current technological functions. However with time, technology will automate many aspects of how our outdated hospitals work today.

Such work includes patient-facing work (such as ultrasound, fluoroscopy and biopsy) to consulting with other physicians, multi-disciplinary work (such as tumour boards), training, and audits.

As an amateur futurist, I find the polarizing debate continues to simmer over where artificial intelligence will take radiology and it’s really interesting since the experts tell us it will happen to multiple industries at once within our lifetime.

While this remains hard to believe is totally true, the case study is worth watching more closely. Other experts also assure us that this simultaneous awakening of artificial intelligence, more jobs will be created than disrupted.

AI and deep learning have a wide range of applications and potential in radiology – spanning from improved diagnosis, enhanced workflow and inevitably, a shift in the radiologist’s role. This won’t end with Radiology departments in healthcare.

The move from the hospital to the home-centric healthcare model needs to take place. We would simply not require as many Radiologists if and only in the event that AI took over image reading and interpretation completely.

The current narrow AI we have today is an AI in radiology that, for example, is designed best enabled to help tease out and prepare data for the radiologist, but as it relates to evaluating scans and diagnosis, the understanding of the interaction between the imaging physics and the disease biology is better done by the radiologist. This may not be the case a decades or a couple of decades from now.

AI can play a substantial part in improving the diagnostic workflow, even replacing a human in some of the more mundane tasks, such as scheduling. AI could automate much of how a patient moves within the Hospital setting to speed up care and personalize it better for that particular patient.

Eventually we will have smart hospitals. Complete with end-to-end systems that includes qualified oversight over the entire diagnostic pathway. That’s actually due to human error, what we should be aiming for.

In the decades ahead AI will help us invent things and find patents that previously would not have been possible. We’re already starting…

We are at an interesting time in how we handle our personal data. This is an op-ed, not exactly breaking news but related…

A glimpse into China Standards 2035. If the Pandemic of 2020 is a global reset for tech startups, supply chains, small businesses and…

In an era of misinformation legit deepfakes are coming, and they might already be here and we wouldn’t know the difference. That is,…

Maybe it wasn’t such a great idea to put the NYSE on algorithms. Dr. Brian Monahan, the attending physician of Congress and the…

In artificial intelligence, 2020 was the year of transformers hype. A transformer is a new type of neural network architecture that has become…